Here's a little layout showing how page 61 of The Moon Prince (from May 20th last year) was created. This time, instead of making an animation, I just put four different versions of the page next to each other in a grid so as to make it easier to compare them all together.

On the upper left we see the scribbly “thumbnail page” where I wrote and roughly designed the page, then to the right of that the “collage” page where I combined photos of the models (in this case it was just me, and the pictures were all taken with the camera on my phone) and 3D renderings of the “aether ship” made using Google's free Sketchup software. The “aether ship” is based on different pieces (a zeppelin, aircraft parts, army furniture) which I downloaded from Google's fantastic “3D Warehouse” and combined and modified in Sketchup. Below them is the drawing based on the collage (which I made in Photoshop using a Cintiq monitor to draw directly onto) and the final colored version with the word balloons, also all done in Photoshop.

Stay tuned for the next pulse-pounding episode of The Moon Prince, this Friday! 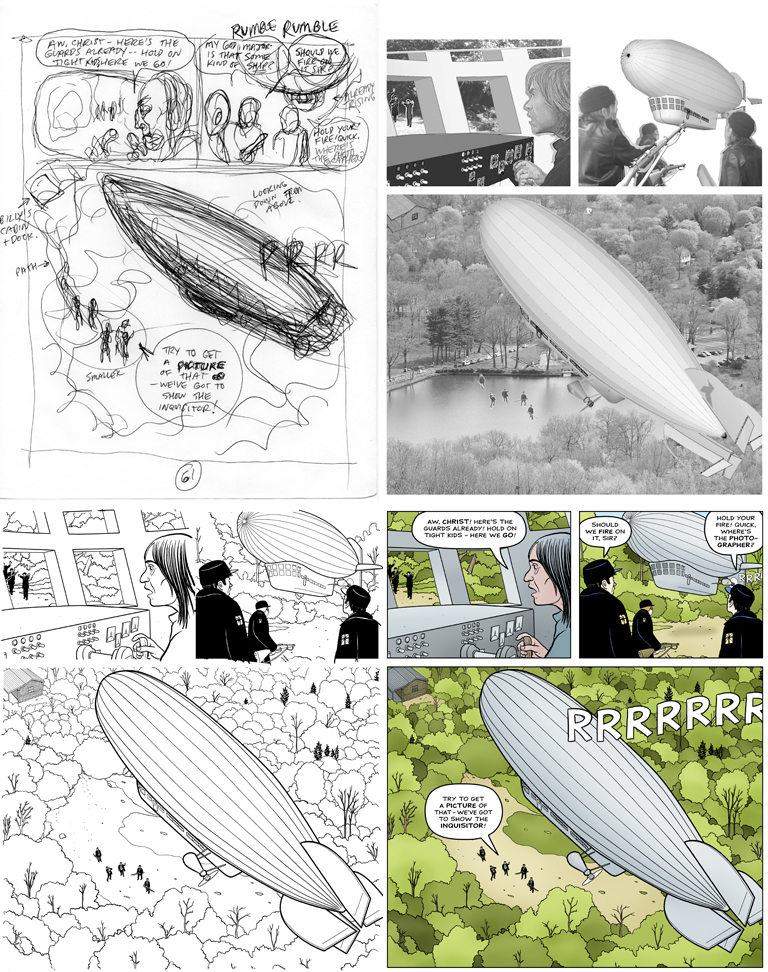