The other night my son Max and I were watching a TV show called “Rick and Morty,” which airs on the Cartoon Network's “Adult Swim” block. It's one of his favorites, and I was really enjoying it too - a genuinely funny and well-written sci-fi parody.

At one point in the show, two characters are stranded on an alien planet, wondering how it would be possible for the primitive apelike aliens they've encountered to have created a female humanoid robot and blaming the aliens' current backwardness on a huge war. “Geez” I thought, “that sounds exactly like a sequence from The Moon Prince. What a coincidence!” Then they cut to a scene which looks very, very similar to an actual panel from the story (see below). “Hmmm - maybe it's not a coincidence!”

By the way, this is the second time I've seen what strike me as references to The Moon Prince on Adult Swim - the other time was a couple of years ago on a show called “Aqua Teen Hunger Force” (see below).

Either I'm paranoid (a possibility I'm willing to concede) or someone at Adult Swim is a fan of The Moon Prince. Either way, I guess I'm flattered. 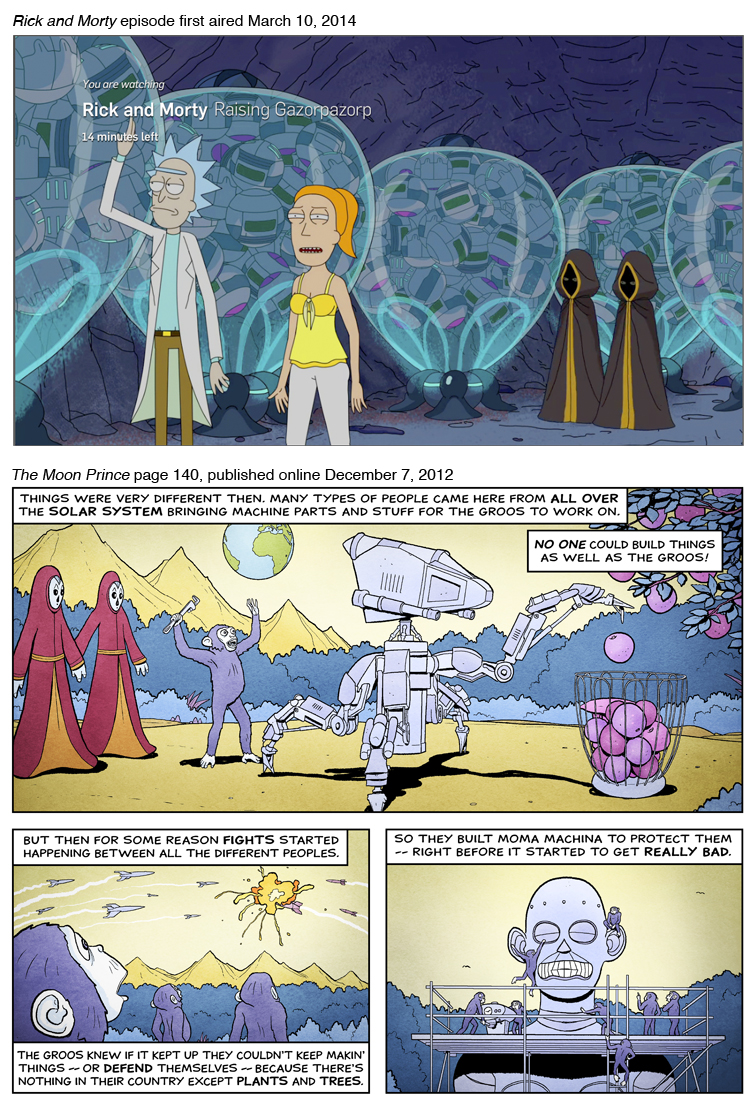 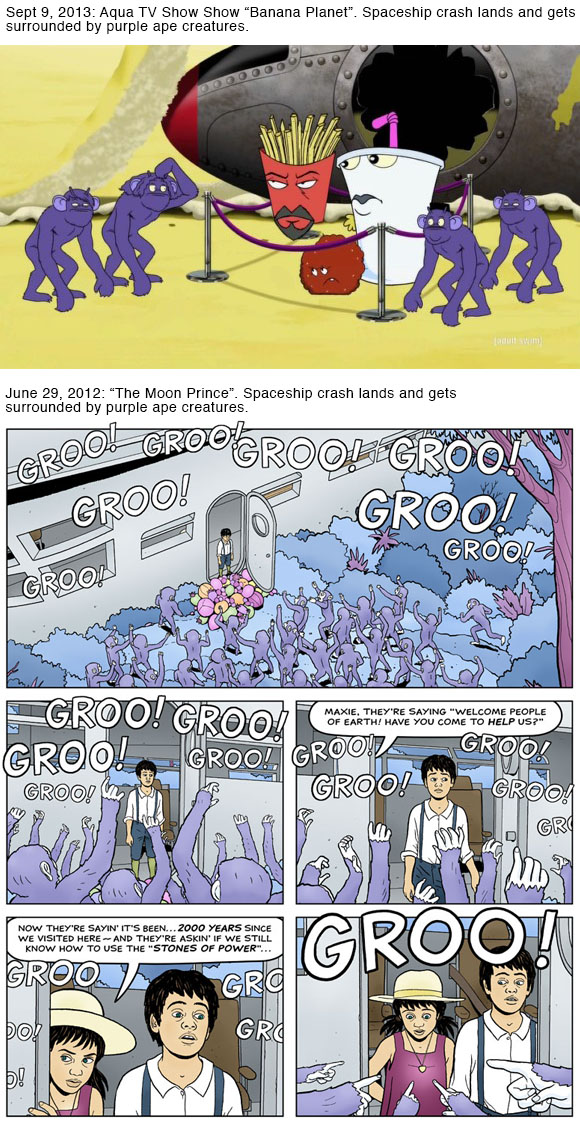